DURING YOUR EARLY YEARS AS AN INVESTOR, you typically invest mainly for growth—you want your assets to increase in value. But as you get closer to retirement, you’ll most likely want your investments to generate income as well, either to provide part of your “retirement paycheck” or to supplement your earnings from part-time or consulting work.

“Investing for income is quite different from investing for growth, and it could require you to think a little differently about your assets, especially in today’s low interest rate environment,” says Matthew Diczok, fixed income strategist for the Chief Investment Office at Merrill and Bank of America Private Bank. “Lower rates generally make it more difficult to generate income from investments, and that uncertainty could present a risk—especially as you start drawing down money to cover daily expenses.”

If your objective is to get an income stream from your investments, there are a number of approaches you can take—for many people, a combination of the strategies below may work best. 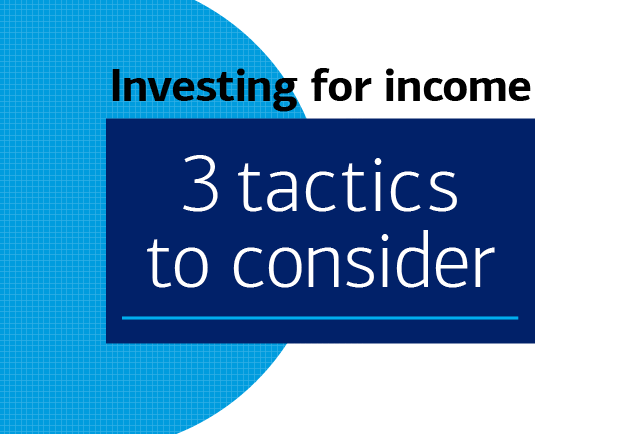 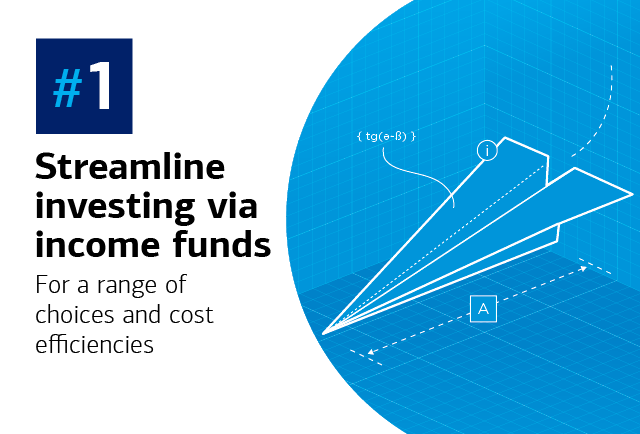 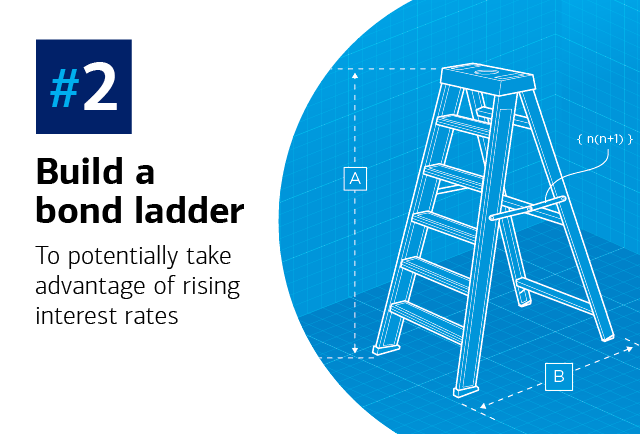 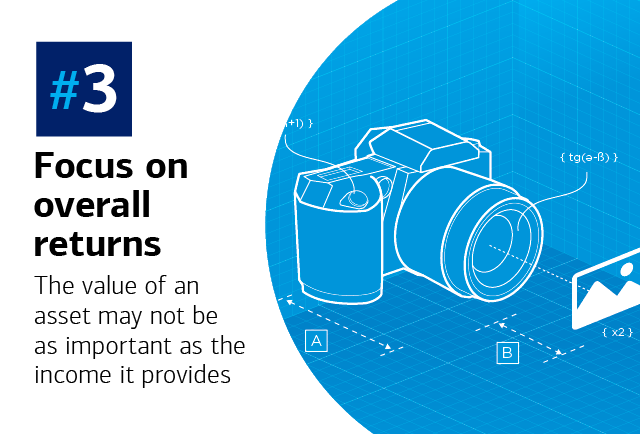 First, consider increasing your exposure to bonds and dividend-paying stocks

Here are several kinds of investments you might think about.

Dividend-paying stocks are shares of companies that make regular payments to stockholders.1 Both the dividends and share price are tied to the company’s current health and outlook, which means the value of these assets may rise or fall over time. Many investors choose dividend-paying stocks in the hopes that they’ll provide both income and asset growth. During times when interest rates are rising, which generally means the economy is doing well, the likelihood is greater that a dividend-paying stock can do both. One note of caution, though: Some stocks with high-dividend yields can potentially drop in value when rates rise—if a company is highly leveraged, the cost of servicing their debt increases when rates go up, and that can have an impact on what their stock is worth.

“Investing for income is quite different from investing for growth, and it could require you to think a little differently about your assets.”

Treasurys typically deliver a relatively low rate of return but are considered among the safest of income-generating investments because they’re backed by the U.S. government, Diczok says. Depending on the type of Treasury instrument you buy, maturities range from four weeks to 30 years. Typically, the longer the maturity, the more interest the bond pays. But also be aware that longer-maturity bonds, and especially Treasurys, are more sensitive to interest rate risk. When rates go up, the value of the bond goes down. That’s of less relevance if you plan to hold it to maturity, but you might want to ask yourself: Am I sure I won’t need the money before then?

Municipal bonds are offered by state and local municipalities, and the income they generate is usually exempt from federal income taxes. “The trade-off for this federal tax-free status is a relatively modest rate of return,” says Diczok. “This is why it’s helpful to compare the after-tax return of other bonds with the interest you receive from municipals.”

Investment-grade corporate bonds are issued by private companies with high credit ratings. They are generally less volatile than the stock market and offer higher rates of interest than Treasurys or municipal bonds, according to Diczok, but because they’re backed by companies rather than the government, they’re considered somewhat riskier.

High-yield bonds generally deliver higher returns than investment-grade corporate bonds but are considered riskier. Diczok warns that their price might fluctuate in a manner closer to that of stocks than of bonds with a less risky profile.

3 more tactics that can help you invest for income

Build a bond ladder. It’s one of the most popular income-producing strategies and, as Diczok notes, can work in any type of interest rate environment. You can create a ladder by investing in a mix of bonds with short, medium and long durations. All bonds have what’s called a maturity date, which is the day that the full value will be paid back to you, the investor. “Most income investors want regular, reliable payments, which means owning a range of different maturities,” says Diczok. Doing so gives you predictable payments and the option to reinvest at current market rates as each bond matures. Plus, laddering helps to increase liquidity, says Diczok. The shorter-term bonds you purchase will offer access to cash as they mature, should you need it to supplement your income sooner rather than later.

Streamline your investing by using funds. “The most cost-efficient way to build an income portfolio for the average investor may be through ETFs and mutual funds,” says Diczok. “These funds can give you access to a range of securities and cut down on transaction costs.”

Focus on your overall returns rather than short-term market movements. When you’re deriving the income you need from an investment, it doesn’t matter as much if the value of the underlying asset fluctuates, regardless of whether it’s a stock or a bond. “If you’re still receiving regular income and there is no fundamental change in the borrower’s creditworthiness, there’s less reason to panic if the market value of your investment goes down somewhat,” says Diczok, “especially if it’s a bond you plan to hold till maturity.”

Regardless of your approach, he adds, “make sure that your portfolio includes a range of income sources that are appropriate for your goals, timelines and risk tolerance.”

1 Dividend payments are not guaranteed and are paid only when declared by an issuer’s board of directors. The amount of a dividend payment, if any, can vary over time.


Merrill, its affiliates, and advisors do not provide legal, tax, or accounting advice. You should consult your legal and/or tax advisor before making any financial decisions.

Diversification does not ensure a profit or protect against loss in declining markets.

Investing involves risk including the possible loss of principal investment.

Investing in fixed-income securities may involve certain risks, including the credit quality of individual issuers, possible prepayments, market or economic developments and yields and share price fluctuations due to changes in interest rates. When interest rates go up, bond prices typically drop, and vice versa.

Investments in high-yield bonds (sometimes referred to as “junk bonds”) offer the potential for high current income and attractive total return but involve certain risks. Changes in economic conditions or other circumstances may adversely affect a junk bond issuer’s ability to make principal and interest payments.

Income from investing in municipal bonds is generally exempt from federal and state taxes for residents of the issuing state. While the interest income is generally tax-exempt, any capital gains distributed are taxable to the investor. Income for some investors may be subject to the federal alternative minimum tax (AMT).

Investments focused in a certain industry may pose additional risks due to lack of diversification, industry volatility, economic turmoil, susceptibility to economic, political or regulatory risks, and other sector concentration risks.

Do You Have a Retirement
Spending Plan?

What Dividend Stocks Can Offer

Due to COVID-19 and its impact on the current environment, the United States Postal Service is unable to deliver mail to certain foreign countries. As a result, Merrill will be delaying mailings to impacted clients. Click here for additional details. Click here to see which countries are impacted.