Coming soon: Higher taxes? Here’s how you can prepare

While it remains to be seen whether Congress will pass tax hikes this year, these insights can help you assess and potentially minimize possible impacts on your finances

THE SPECIFICS HAVE YET TO BE WORKED OUT, but most signs point to higher taxes for high earners. The administration’s fiscal year 2022 budget, introduced on May 28, proposes a host of changes aimed specifically at businesses and at high-income individuals. “This is intentional,” says Mitchell Drossman, head of National Wealth Strategies in the Chief Investment Office (CIO) for Merrill and Bank of America Private Bank. “The administration seeks not just to pay for a comprehensive infrastructure bill but also to address a social justice goal of narrowing wealth inequality.” More recently (September 13, 2021), Richard Neal, the Chair of the House Ways and Means Committee introduced his proposal tax plan (the Chairman’s Proposal). This is an opening bid, and not all of his proposals will make it into a tax bill, let alone become law.  Just as noteworthy as the proposed changes are the omissions.  No longer is there a proposal to modify the century-old step-up in basis rules or other rules that could trigger a tax event on the transfer of property during life or upon death.

Which of the Chairman’s Proposals will become law remains unclear. “Still, the budget likely sets the stage for changes ahead.” A recent Tax Alert from the CIO, “President Biden’s Tax Proposals,” focuses specifically on the implications for individual taxpayers. Here, Drossman and Chris Hyzy, Chief Investment Officer for Merrill and Bank of America Private Bank, highlight some of the latest proposals and how taxpayers can prepare.

“For those likely to be subject to raised rates, now is a good time to review your portfolio and your overall financial picture with your advisor and tax specialist.”

Higher taxes on ordinary income for some

The Chairman’s Proposal would return the top income tax rate from 37% to 39.6%—the rate prior to the Tax Cuts and Jobs Act of 2017. The top rate would apply to incomes at or above $450,000 for joint returns and 400,000 for individuals (for 2022), compared with the current $628,300 for joint returns and $523,600 for individuals. These thresholds are even lower than the President’s proposal and therefore such changes are anticipated to raise an additional $38 billion over the President’s plan.  For taxpayers earning $628,300 that would roughly translate to an extra $8,202 per year in taxes, while those earning $1.5 million would pay about $30,866 per year more. Taxpayers whose income falls below the new top rates would see no change.

When the change could take effect: Consistent with the President’s proposal, the Chairman’s Proposal proposes January 1, 2022 as the effective date, meaning the new rates would apply starting with income earned in 2022. The change would generate an estimated $170 billion in revenue over the 10-year budget window.

The current top tax rate for long-term capital gains—owed when you sell certain appreciated assets that you’ve held for more than a year—stands at 20% (23.8% when you include the net investment income tax). While there has been much talk about raising rates, for taxpayers with adjusted gross income greater than $1 million, the Chairman’s Proposal cuts that threshold in about half.  On the other hand, the Chairman’s Proposal does not raise the capital gains and qualified dividends to ordinary income tax rates.  Instead, the proposed top rate would jump to 25% commencing September 13, 2021 (with grandfathering for certain sales made pursuant to a binding contract).  “When you take into account the 3.8% net investment income tax for wealthy taxpayers, the new top capital gains rate could reach 28.8% in 2021, and could even reach 31.8% in 2022 (when a proposed surtax of 3% for income above $5 million would commence)”, Drossman says.

When the change could take effect: If passed as is the higher capital gain rate would be effective for sales made on or after September 13, 2021,” Drossman says. The higher rate would generate an estimated $322 billion in revenue over the 10 years.

In a surprise to many, the Chairman’s Proposal includes a new 3% surtax which would commence in 2022 and would apply to non-corporate taxpayers with certain income in excess of $5,000,000. The $5,000,000 threshold (which would not be adjusted for inflation in future years) would apply to both married and single taxpayers. Trusts and estates would also be subject to this surtax on such income exceeding $100,000.  Certain charitable trusts, but not all, would be excluded from this surtax.  The surtax would apply to all income, including capital gains and qualified dividends thereby bringing the top (i) ordinary rate to 42.6% (46.4% if such income is also subject to the 3.8% net investment income tax) and (ii) capital gains rate to 28% (31.8% including the 3.8% net investment income tax). 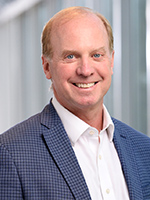 — Mitchell Drossman, head of National Wealth Strategies in the Chief Investment Office for Merrill and Bank of America Private Bank

Taxes on gifts and transfers at death

Generations of Americans have enjoyed a provision known as a “step-up in basis,” protecting appreciated assets that they inherit from capital gains taxes when they sell them at a later date. That century-old provision appears that it will remain in place.  Instead, the Chairman’s Proposal looks to cut the estate and gift tax exemption from its current $11.7 million (2021) to approximately half commencing in 2022.  This will likely cause some wealthier taxpayers to consider substantial gifting before the drop in the exemption.

“Amid the increases, there is also momentum for several tax cuts aimed at lower income earners,” Drossman says. For example, there is an effort under way that would permanently extend the 2021 expansions for the Child and Dependent Care Tax Credit (CDCTC) and the Earned Income Tax Credit (EITC).  (For 2021, the EITC applies to incomes as high as $57,414, for a couple with three children.1) Efforts are also in place to expand the provisions of the Child Tax Credit (CTC) and make permanent recent decreases in contribution percentages and extended credit eligibility for 2021 and 2022 under the Premium Tax Credits for the Affordable Care Act. (Income eligibility for each of these programs varies, depending on a number of factors; visit IRS.gov for details.)

When the change could take effect: Most would become effective in 2022 and together would cost an estimated $822 billion over 10 years.

It’s important to avoid taking precipitous action in anticipation of new tax laws—especially with changes still in the proposal phase, Hyzy suggests. “While tax increases can cause short-term uncertainty, history shows they don’t stop people from investing,” he adds. “Because the proposed changes affect a relatively small section of the nation’s top earners, most individual Americans won’t be directly affected.”

In addition to the higher taxes on high-earning individuals, the Chairman’s Proposal seeks to raise the corporate income tax rate from 21% to 26.5%, while also lowering it for corporations with income of up to $400,000. While investors may have concerns about the impact higher taxes could have on corporate earnings and market performance, companies are experiencing strong growth, increased operating leverage and better than expected earnings, all of which should help them absorb a tax increase, Hyzy believes.

“For individuals likely to be subject to raised rates, now is a good time to review your portfolio and your overall financial picture with your advisor and tax specialist,” he suggests. “Strategies such as tax loss harvesting could help offset a capital gains tax liability,” says Drossman. “You may also want to consider holding investments likely to generate the biggest tax bills in tax-advantaged retirement accounts,” he adds, noting that retirement accounts such as 401(k)s and IRAs are generally not subject to capital gains taxes. Rather, for traditional 401(k)s and IRAs, withdrawals at retirement may be taxed at your ordinary income rate. But such changes should only be considered in the context of your overall goals, time horizon and risk tolerance.

Opinions are as of the date of this article and are subject to change.

Investing involves risk including possible loss of principal. Past performance is no guarantee of future results.

Bank of America, Merrill, their affiliates, and advisors do not provide legal, tax, or accounting advice. Clients should consult their legal and/or tax advisors before making any financial decisions.

Get personalized resources tailored to your financial goals

Preparing for Higher Inflation: What Investors Need to Know

Selling stocks? 3 ways you might minimize your capital gains taxes

Due to COVID-19 and its impact on the current environment, the United States Postal Service is unable to deliver mail to certain foreign countries. As a result, Merrill will be delaying mailings to impacted clients. Click here for additional details. Click here to see which countries are impacted.