Can You Afford to Be a Stay-at-Home Parent?

THE FIRST TIME SHERYL SANDBERG'S INFANT SON reached for his caregiver instead of her, "it hurt like hell," recalls the Facebook Chief Operating Officer in her 2013 book Lean In. Most working parents can relate to that moment. There's no escaping the push-pull between parenthood and career when you drop your children off at day care or leave them home with a babysitter and head off to work for the day.

On the one hand, there is the sense of fulfillment from being there when your children take their first steps or speak their first words; according to “The Financial Journey of Modern Parenting,” a 2018 Merrill/Age Wave study, 51% of parents polled said they found the infant-to-toddler years the most rewarding. On the other hand, there's the satisfaction and income you derive from your career.

The good news is that more and more employers are creating programs to smooth the return to work for stay-at-home parents.

Mothers and, to an increasing degree, fathers must consider whether to stay at home with their children—a choice that can be difficult and very personal. While mothers and fathers are both likely to make shifts in their work life, women take 10 times as much time away from work than men do. 1 The decision doesn’t come lightly for fathers, either. Two-thirds of dads surveyed wish they had taken more time off upon the arrival of their children, according to the Merrill/Age Wave study.

Beyond the immediate concern of living on just one income are broader concerns such as: How would a career break affect our family's long-term financial security? What about our ability to save for our children's education—or our own retirement? Will I lose career momentum if I take a few years off?

"The reality is, there are trade-offs and stresses either way," says Stephanie Coontz, director of research and public education at the Council on Contemporary Families. Here are some insights that may help.

Will taking time off to stay home hurt my earning power later?

That's a legitimate concern. A 2010 study conducted by the Center for Talent Innovation found that 27% of highly qualified women seeking to resume their careers after spending several years at home had trouble finding comparable jobs—and that those who were hired lost 16% of their earning power. More recently, a 2018 report by Katherine Weisshaar of the University of North Carolina discovered that women applying for new positions after voluntarily leaving the workforce were granted interviews half as often as women applicants who were unemployed. Employed women got callbacks more than three times as often as those returning from time off. 2

Both men and women should consider what the job market will look like when they are ready to return to work. The good news is that more and more employers are creating programs to smooth that return for stay-at-home parents. It also helps to continue networking. And don’t rule out the option of telecommuting at least some of the time—that can give you a foot in the door when you're ready to return.

Are there any financial advantages to having one parent at home?

“If you're not able to contribute to a
401(k), your spouse should try to maximize their contributions, to save for both of you.”—Debra Greenberg, director of Retirement and Personal Wealth Solutions, Bank of America.

You'll save on commuting costs, and your clothing budget will probably go down. But there's one huge advantage: You won't be on the hook for childcare expenses. In 2018, according to the advocacy group Child Care Aware of America, the average annual cost of having an infant in day care exceeded annual tuition and fees at a four-year public college in 28 states and the District of Columbia. Every little bit helps. According to the Merrill/Age Wave study, 9 in 10 new parents are surprised by how much more they spend.

Could my career break affect our retirement saving plans?

In the Merrill Lynch/Age Wave study, 72% of respondents said that they have put their child’s needs ahead of their own needs to save for retirement. And when you’re relying upon a single income, the likelihood that you’ll make that choice is even greater. Still, “if you're not able to contribute to a 401(k), your spouse should try to maximize his or her contributions if possible, to save for both of you," says Debra Greenberg, director of Personal Retirement Strategy and Solutions at Bank of America Merrill Lynch. Once you each turn 50, you can take advantage of a catch-up provision that allows you to contribute greater amounts to your 401(k)s or IRAs. 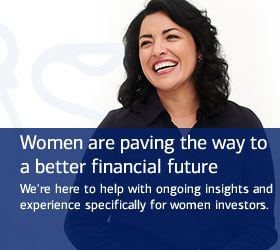 Women are paving the way to a better financial future

What about Social Security? Will my benefits be reduced if I don't work for a few years?

"Social Security benefits are calculated based on your 35 highest earning years, so if you only left for a few years, that should not have a great impact on your benefits earned at retirement,” says Ben Storey, director, Retirement Thought Leadership, Bank of America. Bear in mind, though, that if you lose earning power on your return to work and don't catch up over time, you could begin to feel some impact.

With only one income, can we still save for our kids' college education?

In most cases, you can catch up on college savings when you go back to work. "While priorities may vary from one person to another, it may be prudent to save for retirement first,” Storey says. After all, you are responsible for your own retirement and there may be options available to help you when paying for college.

In the end, your heart is going to have a big say in this, but understanding how the choice can affect you financially will help you make a more clear-eyed decision. "In my experience, people who acknowledge and embrace the trade-offs—on either side—tend to be the most content with whatever they decide," Storey says.

2 From Opt Out to Blocked Out: The Challenges for Labor Market Re-entry after Family-Related Employment Lapses, American Sociological Review, January 10, 2018.

Merrill, its affiliates, and financial advisors do not provide legal, tax or accounting advice. You should consult your legal and/or tax advisors before making any financial decisions.

By clicking continue, you will be taken to a website that is not affiliated with Merrill Lynch and may offer a different privacy policy and level of security. Merrill Lynch is not responsible for and does not endorse, guarantee or monitor content, availability, viewpoints, products or services that are offered or expressed on other websites.

You can click the "Return to Merrill Lynch" button now to return to the previous page, or you can close the new window after you leave.