3 Big Issues in the U.S. Election

The pandemic, growing tensions between the U.S. and China and racial inequality could all play a critical role in this November’s election. Three leading analysts with BofA Global Research share their insights.

Candace Browning: What issues do you think will dominate the election and what impact will they have on markets and the economy?

“We can expect further escalation in the U.S.-China trade war regardless of who’s in the White House.”—Michelle Meyer, head of U.S. Economics, BofA Global Research

Michelle Meyer: The coronavirus, racial inequality and the U.S.’s relations with China. Everything else—healthcare, taxes, the debate around social safety nets—will likely either take a back seat or be defined by those three things.

Savita Subramanian: Clearly, the coronavirus is top of mind among investors, but we’ve also seen how the U.S.-China trade war caused volatility in 2019. Volatility has historically increased ahead of elections and markets tend to have positive or negative knee-jerk reactions to election outcomes. Even so, we’ve found that at the end of the day, profits matter more than politics.

Candace Browning: Of those three issues that Michelle just mentioned, which is likely to have the biggest impact on the election?

Michelle Meyer: I think the coronavirus will be front and center. Recent news of potential vaccines is encouraging, but the virus has left us with deep economic and social wounds. For one thing, July’s U.S. unemployment rate came in at 10.2%, compared to just 3.6% in January. We believe it could take until the end of 2023 before we get back to pre-virus unemployment levels.

Until a vaccine is available for everyone, I think the coronavirus, in terms of tracking and containment policies and any need for further fiscal stimulus, will define the start of either Vice President Biden’s first term or President Trump’s second.

Savita Subramanian: The coronavirus’s trajectory is a critical issue for the equity market because it influences the amount of monetary and fiscal stimulus we’re likely to see. The Federal Reserve and the government have increased liquidity in the financial system and have largely fueled the rally in the S&P 500 (a key benchmark for U.S. stocks) from its bear market lows in March. 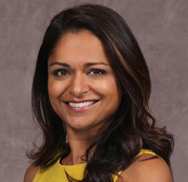 “Volatility has historically increased ahead of elections. Even so, we’ve found that at the end of the day, profits matter more than politics.”—Savita Subramanian, head of U.S. Equity and Quantitative Strategy, BofA Global Research

Candace Browning: How do you think racial inequality issues might influence the election?

Michelle Meyer: Joe Biden’s campaign includes prioritizing racial justice during his first two years in office. He’s said that much of his proposed $7 trillion government spending over the next 10 years would seek to address racial inequality by improving healthcare, education and affordable housing. He’s also looking to increase the Federal minimum wage from $7.25 to $15.00 an hour.

The Trump Administration is touting its pro-growth policies as a way to address racial inequality.

Savita Subramanian: Racial inequality has and will likely continue to influence corporate policies. I think this trend will likely continue, regardless of who wins the election. Confronting inequality in all areas of society is a big ‘S’ factor in environmental, social and governance (ESG) metrics, and corporations have expanded their mandate beyond shareholders to stakeholders. That is, treating employees, consumers, suppliers and communities in which they operate with fair and ethical practices. This trend was in place long before this year.

Candace Browning: There are many different issues involving the U.S.-China relationship that could be debated by both sides as we head into the election, national security and intellectual property (IP) theft being among them. But let’s talk about what affects the economy and markets: trade. Do you think the U.S.’s trade policy with China will impact the election and markets?

Savita Subramanian: We see risks that the China trade war will escalate into a China tech war after the election, and the seeds for this have been sown. This shift is motivated by rising concerns around national security, intellectual property theft and which super-power will dominate tech industries, like artificial intelligence and 5G communications. 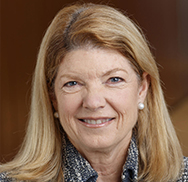 “The election is happening at a time in history when a multitude of global forces are converging to change society, the way U.S. companies conduct business and geopolitics.”—Candace Browning,head of BofA Global Research

Michelle Meyer: Both Vice President Biden and President Trump want to remain tough on trade with China, so we can expect further escalation in the trade war regardless of who’s in the White House. President Trump has for the most part focused on tariffs as a negotiating tool but recently he’s also used other tactics.

There are also some similarities in their industrial policies. For example, both support “buy America” policies to bring back manufacturing and production. And that speaks to the growing trend among corporations to reshore production from China.

Candace Browning: Yes, the coronavirus has turned what we saw as tectonic shifts in global supply chains six months ago into visible fault lines today. As you both know, the recent survey of all of our analysts revealed that companies in more than 80% of global sectors experienced supply chain disruptions during the pandemic. That’s prompted three quarters of them to widen the scope of their reshoring plans, according to our analysts.

But we believe the coronavirus is just the catalyst. We think the real driver of this reversal of a decades-long globalization trend is stakeholder capitalism. We found that 75% of global sectors in North America and Asia Pacific and 67% in Europe1 are expecting to face additional scrutiny around their supply chains from governments and other stakeholders, and we think government scrutiny will largely be driven by national security considerations and IP theft.

Michelle Meyer: IP theft was indeed cited as one of the main reasons why the Trump administration ordered the closure of China’s consulate in Houston in July. Ethan Harris [head of Global Economics for BofA Global Research] thinks the Trump Administration is moving towards non-trade steps against China because additional tariffs are a tough sell when the economy is emerging from a deep recession.

Candace Browning: Yes, I think we all agree that the election is happening at a time in history when a multitude of global forces are converging to change society, the way U.S. companies conduct business and geopolitics. Buckle up!

Opinions are those of the author(s), as of the date of this document and are subject to change.

Past performance is no guarantee of future results.

BofA Global Research is research produced by BofA Securities, Inc. (“BofAS”) and/or one or more of its affiliates. BofAS is a registered broker-dealer, Member SIPC, and wholly owned subsidiary of Bank of America Corporation.

Equity securities are subject to stock market fluctuations that occur in response to economic and business developments.

Impact investing and/or Environmental, Social and Governance (ESG) managers may take into consideration factors beyond traditional financial information to select securities, which could result in relative investment performance deviating from other strategies or broad market benchmarks, depending on whether such sectors or investments are in or out of favor in the market. Further, ESG strategies may rely on certain values based criteria to eliminate exposures found in similar strategies or broad market benchmarks, which could also result in relative investment performance deviating.

Investments in a certain industry or sector may pose additional risk due to lack of diversification and sector concentration.

Investments in foreign securities (including ADRs) involve special risks, including foreign currency risk and the possibility of substantial volatility due to adverse political, economic or other developments. These risks are magnified for investments made in emerging markets.

Due to COVID-19 and its impact on the current environment, the United States Postal Service is unable to deliver mail to certain foreign countries1. As a result, Merrill will be delaying mailings to impacted clients. Click here for additional details.